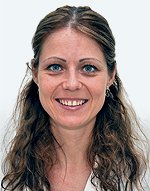 In 1998 Dr. Rumpova underwent an eye laser treatment. Since that moment she wanted to become an ophthalmologist or specialist for refractive surgery herself.

“After such a long time, I can honestly say that this was the best decision,” she says today. So Dr. Rumpova began her training as a specialist in ophthalmology and optometry in January 2005 and finally passed her specialst examination at the Karls University in Prague in June 2013, and since April 2016 Dr. Alena Rumpová has been working in Dr. Stodulka’s laser eye clinic in Vienna.

The focus is on refractive surgery, in particular in the following areas: Chamber membership: